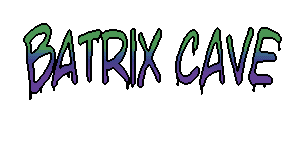 Where to get TCG Cards

Starter sets - Best product to aim for if you want to play the game immediately, or need guaranteed cards. Buying two will usually get you a full playset. Walmart used to stock these in 2019, but now they're often only found at Target. They can still be found on Walmart's website, though usually at higher prices.

Card Collection pack - Three booster packs, two cores, and a jumbo card. I've found these on Amazon and book stores in my experience. Often on sale, these can be cheaper than buying individual packs.

One of the best ways to get BB cards in my opinion, three packs for just about $9 is a good deal. I've also found these at Barnes & Noble for their usual MSRP $12.99.

Individual Packs can also be bought here and here.

This is one of the most commonly found packs, look in bargain outlets or small local toy stores. I've also seen lots of them sold on Ebay for decent prices. If you have the money, you can get a box of 24 packs here.

After searching for a good while the only place I found booster packs being sold was on Walmart. There are a few listings on Mercari, but they're pretty expensive.

One of the more accessible sets!

Recently Five Below has been stocking entire boxes of these, around $4 a pack

I still see Starter Sets pop up at my Targets, but online they're pretty spread out. Each starter set can be found here: Haos Hydranoid - Aquos Howlkor - Pyrus Batrix

Probably the best product would be the Faction Bundles on Amazon. These go for about ~$20 and contain 4 booster packs along with 11 promo cards from past sets, many of which are highly used in the TCG. Strangely enough, some people have found these at Marshalls at a discounted price, despite them being "Amazon exclusives".

Once again, if you have the money, here's a box of 36 packs on Amazon, or you can get individual packs here.

Card collections can be found all over Ebay for a variety of prices.

Blind Boxes are exclusive to local game stores as part of the LGS program, but can also be found on Ebay.

Unfortunately SoV is not fully released (and might not ever be) and is only available in Starter Sets. I also still see these at Targets- in fact, the set with Darkus Eenoch is the most common and often sits on store shelves for days on end.

Currently (08/04/2021) SotG is the latest set to hit store shelves. Starter sets are regularly appearing on Target shelves, though they are not online at reasonable prices yet. Stay tuned for updates.